Nearly 18 months ago I heard for the first time of OneCoin, which was marketed as a new, easy to use cryptocurrency with frequent references to Bitcoin and its huge success. Company behind the currency was based in Bulgaria and lead by Dr. Ruja Ignatova. To my surprise several key persons and "ambassadors" were from Finland.

Since that I've been trying to find out whether this is legit or just a scam. My background is in computer sciences (M. Sc.) and I'm familiar with other cryptocurrencies including Bitcoin. Still, to date nobody has been able to give satisfactory answers to several basic questions. I'm presenting them here hoping that somebody can finally clarify these issues for me and others, many of whom have invested their money in this. Any help will be appreciated.

- New coins are mined at constant speed of 10.000 coins every 10 minutes. However, it's said that mining is very computing intensive and gets harder all the time. In that case mining should be slowing gradually. So, how (and why) mining speed is kept constant?

- Value of individual coin has increased more than ten times since mining began last summer. Since OneCoins cannot be freely traded, how is the value determined? Members can sell small amount of their coins, but nobody can buy coins directly (you can only buy education packages with free "tokens"). So, who buys the coins that members are able to sell?

- When a split occurs, all tokens not yet mined into coins are doubled. What is the purpose of splitting? What is "split barometer" and where does it get its reading?

- OneCoin claims to have a blockchain, as do all other cryptocurrencies. By definition, blockchain is made secure by distributing transaction records to numerous computers around the world and thus preventing tampering with them. In OneCoin, Company owns the blockchain and can manipulate it at will, which of course means it is neither a blockchain nor secure.

- System will switch onto new blockchain on October 1, 2016. At that point all old coins will double in number without halving the price. Everybody owning coins will see his/her (so far virtual) wealth double in an instant. How is this possible?

- New blockchain has room for 120 billion coins, which can be mined in about 3 years. Either algorithm has been completely rewritten or there will be fifty times increase in computing power. Why increase the number of coins? Usually coins can be used in fractions (eg. 0.01 OC) and thus the number of coins is irrelevant.

- Where are the merchants? More than 700 million coins have already mined (market cap 4.5 billion euros), but there is no way to spend them. If you want to buy ticket for London event or order terribly overpriced tablet, you must pay euros -- if OneCoin as a company doesn't accept its own currency, who else will?

- Company has promised to make blockchain public when 80 % of the coins have been mined. If blockchain has been running and stored in-house, how can it be securely published and distributed? The only way to keep blockchain secure is to make it public from the very beginning.

- OneCoin claims to be immune against criminal activities, because company knows the owner of each coin and knows the parties of every transactions. What will happen when blockchain is opened: who wants to use currency where all previous transactions can be tracked and owners made public?

- Dr. Ruja Ignatova has been involved with an another cryptocurrency before OneCoin named BigCoin. What is the story of BigCoin, what happened and why did it fail?

I have several other questions relating to education material, copyright, EULA etc. but let's tackle these first. If you can't find reasonable and logical answers to these simple questions, would it be better to save your money for something else?
klo 21.34

- Value of individual coin has increased more than ten times since mining began last summer. Since OneCoins cannot be freely traded, how is the value determined?

I can answer any question if you want. It takes a maximum of 1 hour to familiarize themselves with the facts that stupid people do not understand, but instead recite Behind MLM. The person behind the page is a person I have talked to, who earn money on the traffic you stupid people contributing to his side. He laughs at you.

Question 1
Mining in a centralized network Onecoin uses, go through (Mining polishing) as they are called. These (Mining Poles) are large databases located on three different places. Two in Europe and one in Asia.
When Minar your coins via Mining Poles use this data bases that power to my your coins. Each token that you get with your package, you can see that energy. The higher the price becomes a onecoin the more tokens (energy) required to obtain onecoins, which also indirectly determine the price of each onecoin.
Since there are very large databases of several ten-thousands (mining rigs) lined up so enables GPU so great that it go to my 10,000 coins every 10 minutes. Because it is first and foremost 100 times more solutions Onecoins Algorithm, than if you compare it with Bitcoins, it is also much easier to get the coins. The amount of GPU used is capable of 10,000 Onecoins vajre 10minutes. The more difficult it becomes, the more GPU is added, to keep a balance of 10,000 Onecoins / 10min.

The value is based on three things.
# 1 Access <-> Demand. The more people who want X, higher value may X.
# 2 Number of electricity needed to produce Onecoins by Mini Solingen.
# 3 Mark (Brand) How strong brand? This will affect Onecoins very positive as we will soon be in stores that will accept onecoins. Within 2y = 1 million stores.
ANSWER 2
WRONG, when you sell Onecoins on the internal market, so there must be some buyers (another person who is also undermined in onecoin) who buy them. There is no one in näteverket who buy them so can not order through. (INTERNAL MARKET BUY / SELL BETWEEN INVESTORS ON INTERNAL MARKET)

Question # 3
Tokens have a value, and when more and more people are buying packets containing tokens increases the value of each of the tokens (as demand increased). When the value of Tokens will be doubled, it would mean that all the time needed to reduce the package contents to balance out and not make it unfair for people who joined before. Because it is much easier to halve the value when it reached double and give twice as much tokens to those who bought his package before the split, simply use the method.

Question # 4
Onecoin is the only crypto-currency gransakr the block chain properties tied to evidence compliance with which is available at the information center when you log in to your account.

Question # 5
There will not be additional coins as he says this. Since we are centralized and have not gone out to the shops or passed out on the official market, so they can replace it. What they do is they (Pre-Minar) the new chain block, which enables everyone to get their coins they've had since before when the same type of solutions available on the difficult algorithm with 120miljarder solutions. It would not work in practice with a decentralized crypto-currency.

Question # 6
Answered in the previous question ...

Question # 7
As we have seen a big demand for coinsen and several of coinsen deposited in coinsafe which enables (intrest rate) on your coins, is not the right amount remaining to get the target of 10 million users, or to get merchants in the network.

Question # 8
Silly question ... Today's value is calculated on the Gammla block chain then with 2.1 billion coins, and only 730 million are minade Thus, it is the figure you should check out. Value is, as I said, not only in demand access additionally check previous answers ...

Can not be bothered to answer more getting too tedious to have to find pure facts and answer those questions with ...

Sorry, but your very first statement is completely nonsense:

Because it is first and foremost 100 times more solutions Onecoins Algorithm, than if you compare it with Bitcoins, it is also much easier to get the coins. The amount of GPU used is capable of 10,000 Onecoins vajre 10minutes. The more difficult it becomes, the more GPU is added, to keep a balance of 10,000 Onecoins / 10min.

I guess you are not familiar at all with cryptocurrencies and mining process. There are no "solutions" nor harder and harder "puzzle to solve" in Bitcoin, so why would OneCoin need them? Where are the mining rigs and datacenters, has anybody seen them? Any photos? 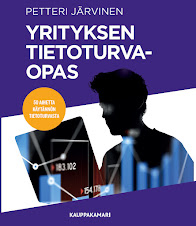